It’s the only awkward moment I 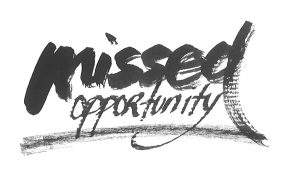 ’m thankful for. Seriously.  Like many of you, I dislike awkward. A lot.  Like a real lot.

I was an Intern under Jeanne Mayo in Rockford, Illinois and Tuesday mornings were a treasured time.  Every week she would impart leadership and life lessons on everything from raising children to saving for retirement.  Invaluable.  Those Tuesdays shaped me and guide me to this day.

Occasionally, Jeanne would cash in a favor and ask her influential friends to spend a Tuesday with us.  One of my favorites was (and still is) Monty Hipp.  As dynamic as he is with crowds of thousands, He’s even more special in a room of 12.  I’ve been more impacted by the face to face mentorship of him than anyone else.

So Monty arrived and we made small talk in the board room while we waited for all of the interns to get there.  What started out as anticipation, ended with an incredibly awkward but pivotal lesson.

At some point during our oblivious joking, we realized Monty had been quiet for at least 15 minutes.

You could see as one by one the interns realized that the meeting should have started a while ago but we were still missing two people.  Joking turned to silence.  Some even tried to inconspicuously text under the table.

Monty walked up to the white board and paused.  He took the time to look each person in the eye. He wrote,

Again, he paused.  Again, he looked each one in the eyes. Then he wrote,

He set the marker down and he walked out of the room.

Yeah, I know.  You feel it, don’t you?  I describe it as a gentle punch to the gut.
What a moment.

Even though that was probably the best lesson some of us could have received, I can’t help but shake the feeling that we truly missed something special.  Monty never comes unprepared.  I can detail critical moments and decisions made as a direct result of his words.  And we missed it.  I’ll never know what he would have said.

This week I came across one such moment between the disciples and Jesus and I thought,

It came just after Jesus had miraculously fed thousands for the second time.  They were in a boat and it appears Jesus wanted to have a leadership moment with them.

“As they were crossing the lake, Jesus warned them, “Watch out! Beware of the yeast of the Pharisees and of Herod.” –Mark 8:15 (NLT)

Jesus wanted to teach them something.  But instead they received a different lesson.

They immediately began arguing with each other about forgetting the bread.  Again, this is directly after Jesus had fed the multitudes, for the SECOND time!  He had an important lesson He wanted to teach them, but He had to re-teach something else instead.
They missed it.

There have been times I’ve had something important to say to someone, but I didn’t get the chance due to the amount of talking or interrupting.  They missed an opportunity.

Am I missing opportunities?  Are we missing critical moments? Do we recognize when someone wiser than us is in the room?  Do we have the insight to close our mouth and open our ears?

I pray we do. With eyes and hearts wide open, let’s be aware of what God is up to.

I’ll end my thoughts with a quote…..

“I’ve never met anyone who got smarter while their lips were moving.”  -Monty Hipp